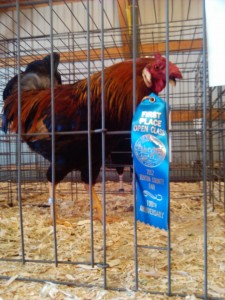 This entry was posted in Agrarian Living and tagged in Chickens.

« Gardening Tip: Save Some Peas for Later
Our Tiny Home Experiment – Chapter 2: Dealing With One Of Life’s Constants »

Chad is an organic gardener and raiser of chickens for eggs. He also enjoys such things as writing, baking calorie-laden yummies, building things that satisfy his creative aspirations, and learning as much as he can about the world around him before the end of life's road.

View more posts from this author